Most of the athletes breathe through their mouths while running or doing high-intensity workouts. Are you one of them? If yes, you are probably damaging your respiratory system. Experts suggest, nasal breathing while running or workouts is more efficient and effective than breathing through the mouth.

The reason is straightforward. A recent study proved that breathing via mouth results in less oxygen intake, up to 90%. It increases the risk factor of damaging your body tissues and cells. Moreover, not performing nasal breathing exercises can cause long term health diseases like rheumatoid arthritis, diabetes, etc.

We do not have any control over the process of breathing. But thankfully, we can control this method with several breathing techniques.

What is Nasal Breathing?

Nasal breathing means breathing through the nose. It can be practiced via several nasal breathing exercises. To understand it further, let us first try to differentiate between the functions of both the breathing organs.

The mouth’s purpose is to initiate digestion in the body, whereas the nose supports our respiratory system. The nose can prevent allergens and foreign bodies from entering our lungs. It also moistens and warms the air we breathe-in for smoother entry to the lungs.

Hyperventilation (hard breaths through the mouth) while exercising or running may allow extra carbon dioxide intake inside the body. As a result, the body cells get less oxygen resulting in low blood circulation in the body. Therefore, in extreme moments, the practice of nasal breathing exercises is the best way to oxygenate our systems.

Is Nasal Breathing Necessary While Running?

If you are a serious athlete runner, one question always arises in your mind- should I breathe in with my nose or mouth? The answer is, breathing is a natural process. You cannot control it. But the way of breathing should be correct.

Research from the International Journal of Kinesiology and Sports Science proved that though nasal breathing is good for health, it is not necessary always while running. They researched a group of people doing high-intensity aerobic exercise or running and concluded that breathing via mouth was more effective, especially while running or exercising at higher intensities.

While breathing, the lungs exchange and metabolize oxygen and carbon dioxide. Therefore, while running, the body uses more oxygen, and as a result, the concentration of it in the blood drops suddenly. The increased metabolic rate produces more carbon dioxide in the body. It eventually results in an increased volume of breathing and heart rate. And if it continues for a longer time, you cannot run with your full efforts.

You must have faced a situation where you preferred mouth breathing rather than just nasal breathing exercises. Every time it feels like you are only breathing in and out through your mouth. Well, a thought must arise whether mouth breathing is right or wrong for these high-intensity workouts.

The research was done to study the effects of mouth breathing vs. nasal breathing in running or performing other anaerobic high-intensity exercises. They compared the heart rates in both the cases and provided the outcomes.

Their conclusion was a higher RER (respiratory exchange ratio) while breathing with mouth and a higher heart rate during nasal breathing. Since they found no direct impact on power output and performance, they concluded there is no desired choice on how to breathe when running.

It is easy to maintain a breathing pattern during training, but at the time of the race, it is a hard job to do the same. Before the beginning of the race, your nerves can increase your breathing rate. As a result, you’ll feel harder to maintain the rhythm of breathing during the race.

Final Verdict on How to Breathe When Running?

The proper technique of breathing in the running isn’t yet determined. But the method of breathing can affect how you take in oxygen and expel carbon dioxide.

How to Start with Nasal Breathing Exercise while Running?

There are specific ways to start with nose breathing techniques while running. It will answer all the questions like can you train yourself to breathe through your nose? Well, the answer is yes.

The initial step is to check the method when you are not running. It’s very easy! Do you prefer breathing via nose or mouth when you are relaxing or walking normally?

If you find yourself breathing with the mouth in your day to day life, then start nasal breathing exercises while not running. When you feel comfortable in this exercise for breathing, try to breathe with your nose while warm-ups or cool down.

An important point to keep in mind is if you are used to mouth breathing while running, then transforming this habit to nasal breathing will be a little challenging. Hence try to do it slowly and steadily. Initially, you may experience-

If you feel uncomfortable in the starting, slow down. Prefer short walking breaks or mouth breathing, if necessary. There is no need to force yourself, as it may lead to unconsciousness. You are here to practice a relaxed running, not to stress.

Secondly, if you run at a higher pace than usual, then you may suffer facial tension. If you are finding the best method of exercise for breathing, feel comfortable, and rhythmic. Most of the runners struggle while practicing nasal breathing while running. Running slowly initially can help you to focus your breath into the lowest ribs and run without tension.

If you face a problem of a cozy or runny nose, you can only prefer plenty of tissues while running. This will only improve day by day but still be a problem in winters.

Over time, nasal breathing will become a part of regular running. Running then, with your open mouth, will make you feel awkward.

Nose breathing can help you in recovering fast after long runs and normalizes your heart rate rapidly. On the other hand, mouth breathing will take more time to find a relaxed breath after running.

Running should be fun, and it should not affect your body much. Sometimes opening the mouth and letting the air to enter is allowed to avoid the hindrances.

What are the Benefits of Nasal Breathing?

The health experts suggest that breathing through the nose is always the correct and optimal way of breathing. Well, the purpose of the nose is only to smell and breathe, so why should we not utilize its full benefits?

The nose is an essential part of our respiratory system. Therefore, breathing only with a mouth will not make it redundant. Our body is designed explicitly for nose breathing. The process through which we perform nasal breathing provides numerous health benefits to the body.

It Reduces the Risk of Colds

The nose provides the initial protection against all the viruses and bacteria only when used for breathing purposes. The microscopic hairs, also known as Celia, present inside the nose releases mucus to trap pathogens. As a result, you feel healthier and happier. Secondly, it warms the air and makes it moist to avoid colds. Nathan E. Holton once said, “Proper heating and humidification of air in colder climates are important for respiratory health.”

Breathing Through nose can Improve your Stamina

Scott Jurek, an American author, once said that nasal breathing exercises could enhance your endurance. A study shows that nasal breathing during running can reduce your breathing rate by 50% and decrease your exertion by 60%. It means you can run longer or workout harder. To test it, give it a try next time. You’ll feel the change.

It can Improve Cardiovascular and Sexual Health

During research in 1995, scientists found that our nose produces nitric oxide, which plays a vital role in our cardiovascular, immune, and sexual health. The Swedish scientists described the process as, when we breathe through the nose, the nitric oxide released from the nose gets into the nasal passage. From there, it then reaches the lungs.

After reaching the lungs, it flows along with the bloodstream and starts the process of vasoregulation (opening and closing of blood vessels) and making the immune system stronger.

Nasal breathing leads to a healthy respiratory system, while mouth breathing may lead to severe consequences.

People feel insulted when referred to as a ‘mouth breather,’ but they are unaware of its real and serious health consequences caused by it. Here are some reasons you should avoid mouth breathing exercises–

Once you are expert in nasal breathing techniques or continuously breathing through nose, check the potential differences in these areas-

Breathing is all about practice and habit. Finally, the final advice is breathing through the mouth will always leave you in some of the other problems. If you are demanding a healthier life, stop mouth breathing, even in your sleep.

The nose plays a crucial role in keeping us calm, happy, and healthier. It has a small size but a more significant role in ensuring a healthy and relaxed state of body and mind. Hence for the next few days, pay attention to your breath if you are not in the habit of nasal breathing. 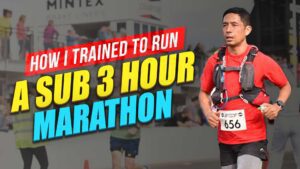 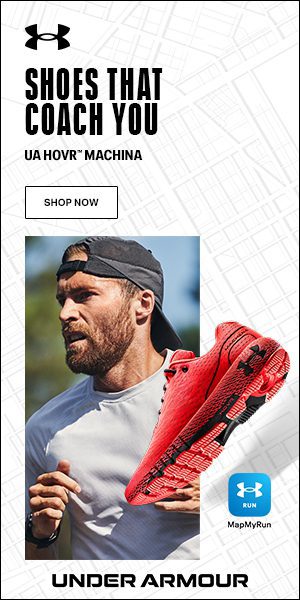